Home/Uncategorized/World No Tabacco Day
Previous Next

May 31 is World No Tobacco Day, an annual awareness day sponsored by the World Health Organization (WHO) since 1987 to highlight the health risks associated with tobacco use and encourage governments to adopt effective policies to reduce smoking and other tobacco use. 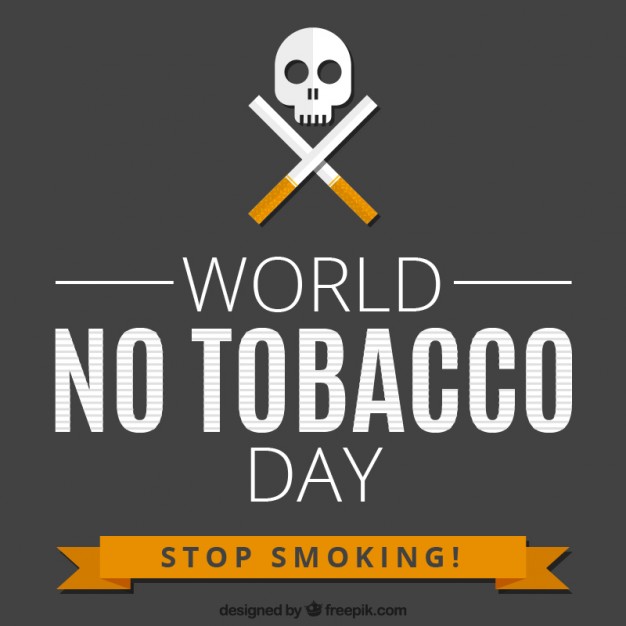 According to WHO, tobacco use kills nearly 6 million people around the world each year. In the United States, tobacco use is the largest preventable cause of death and disease. It causes many types of cancer, as well as heart disease, stroke, lung disease, and other health problems. This year’s World No Tobacco Day theme calls on countries worldwide to get ready for plain packaging of tobacco products.

The theme for this year’s World no tobacco day is “Tobacco a Threat to Development”. It will propose measures that governments and the public should take to promote health and development by confronting the global tobacco crisis. More than 7 million deaths from tobacco use every year, a figure that is predicted to grow to more than 8 million a year by 2030 without intensified action. Tobacco use is a threat to any person, regardless of gender, age, and race, cultural or educational background. It brings suffering, disease, and death, impoverishing families and national economies.

Tobacco control has been enshrined in the Sustainable Development Agenda. It is seen as one of the most effective means to help achieve SDG target 3.4 of a one-third reduction globally, by 2030, of premature deaths from noncommunicable diseases (NCDs), including cardiovascular disease, cancers and chronic obstructed pulmonary disease. Strengthening implementation of the WHO Framework Convention on Tobacco in all countries is an additional target to be met by governments developing national sustainable development responses.

The World Assembly of Youth (WAY), believe in empowering youth leaders and youth organisations in order to collaborate together to achieve a generation free of drugs-abuse. In fact, in one area of their Fourth Millennium Plan of Action, they encourage all of their members to strengthen the capacity of their countries for early warning, risk reduction and management of national and global health risks, including danger in abusing addictive substances.

They believe that tobacco control can break the cycle of poverty, contribute to ending hunger, promote sustainable agriculture and economic growth, and combat climate change. Increasing taxes on tobacco products can also be used to finance universal health coverage and other development programs of the government.

About the Author: Anne Velu